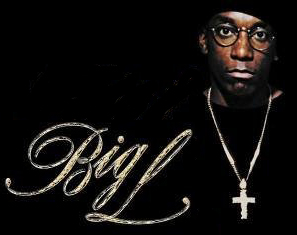 Hip hop and rap are two genres of music that have remained popular ever since they have originated. The World has seen several musicians leave their impressions, capture hearts, and fade away as many others come to take over the scene. Well, they are not forgotten altogether. They are always remembered when music lovers reminisce their fond memories with favorite numbers. Big L is one amongst these.

Big L, as obvious, is the stage name of Lamont Coleman, who was born in 1974, in the month of May on 30th. He was born in Harlem, New York city as the youngest of the three children of Gilda Terry. Gilda Terry had two children, Donald and Leroy from her previous marriage to Mr.Phinazee. His father Charles Davis left the family when he was a little boy.

As a child Lamont had several nicknames including, ‘Mont Mont’, ‘Little L’. Lamont graduated from Julia Richman High School in the year 1992. From a very young age Big L displayed his musical abilities in the school halls. It used to be regular with him to sing at every party that he went to. Be it a block party, a get together or a party at the house. He had become a big fan of hip hop and went on to free style.

He formed a group with three which was called ‘Three the hard way’. The group eventually fizzled out due to lack of enthusiasm. ‘Rodney’, Coleman, ‘Doc Reem’ made up the trio of the group. After ‘Rodney’ left the group they were renamed as ‘Two hard motherfuckers’. This was the time when Little L came to be called as Big L.

Lamont recorded several demo videos. Several of these videos were later included in his debut album which was titled Lifestyle ov da poor and dangerous. Lord Finesse was at an autograph event at a record shop where Coleman did a freestyle. Following this Coleman and Finesse exchanged numbers. Several people close to Big L remember the time when Big L was brought onto the stage by Finesse and there were some really good moments created. He appeared alongside Finesse in the Yo! MTV ‘s Raps to promote the latter’s ‘Return of the Funky Man’.

Nubian productions had held a freestyle battle in which Lamont triumphed over 2000 contestants. A deal sign with Colombia pictures happened. The first single ‘Devil Son’ was released in 1993. As Big L recounted, he was a great fan of horror flicks. They fascinated him. Plus he recounted that he had seen very horrible things in Harlem. All these put together inspired him to come out in the single track. He performed at the Birthday bash of Finesse among Fat Joe, Diamond D and Nas.

Pick up and furtherment

In the year 1994, Coleman released Clinic which was a promotional single too. In the month of July the same year a radio edit version of ‘Put it on’ was released. In three months’ time the video was released for the public to enjoy. The following year, he released ‘No Endz, No Skinz’.Brian Luvar directed this single.

Lifestyle ov da poor and dangerous released in the year 1995, in the month of March. It came out at 149 on Billboard and number 22 on Top R & B/ Hip hop albums. As of the year 2000, the album sold 200,000 copies. In 1996 he was dropped from Colombia which was due to disputes with the production on the grounds of his rapping style. Big L recounts the experience as being among a bunch of strangers who did not know anything about music. Big L started working on ‘The Big Picture’ which happens to be the second studio album.

Big L had formed a group Children of the Corn along with Killa Cam, Bloodshed, and Murda Mase. On March 2, 1997 this group closed as Bloodshed died in a car accident. In 1998 Flamboyant entertainment was formed as an independent label. In 1998, Ebonics, the next single was released.

The death of Big L

One of the famous hip hop murders is that of Lamont. In his childhood, Big L was constantly involved in battles in the neighborhood. He himself saw that he would be rhyming and battling in his future. He made enemies of which one of them had caught up. Big L lies buried in the George Washington Memorial park which is in Paramus in New Jersey.

On 15th of February in 1999 on the 45 West 139th street he was shot a total of 9 times in the head as well as the chest in Harlem. Big L’s friend from childhood Gerard Woodley was arrested for the crime but later, amidst controversy he was released. The murder case remains a mystery till date. The New York police believe that it could have been a revenge for childhood act which Woodley believed to have happened. Whether it did or not is unsure.

In 1999 several singles were released after Big L was murdered. Manager and partner at Flamboyant Entertainment Rich King put together ‘The Big Picture’ which featured Fat Joe, Big Daddy Kane, Kool G Rap, Guru of Gang Starr. Recordings that were previously done, some guest emceess whom Big L had respected. Some Capella recordings were also used in this. Four albums have now been released. A documentary of his life titled as star struck : The big L story is available.

Complimented to have contributed to the flourish of hard core genre of horrorcore, he is also credited for using the compounding style of rapping. He is also credited to having a good command over the language of English. One can see that he has used several metaphors in his rhymes.

Several tributes have been made, the proceeds from which have gone into his estate. A musician who played a short life but made it rapping with style is Big L. One can see how one’s talent can help rise to fame and be remembered.